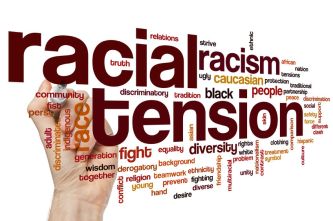 Okay, so we’re three posts into this blog and we have evoked some racial tension. Actually, it’s a fairly common situation and was inevitable: quite a few white folks have been upset by strong replies coming from a Black man (some other time, I’ll address the varied use of capitalization). What to do about that?

This illustrates one of the reasons the racial divide is so intractable. The basic dynamic is reactivity vs. response. Here is how this often will play out in a group setting:

The white participation in this dynamic I’m describing has been given a name: White fragility, coined by author Robin DiAngelo. A brief definition: “The knee-jerk reaction Whites get in momentary racially stressful situations.” In terms that synch with the systems theory I’ve learned and taught, this has to do with my emotional reactivity when confronted with disagreement or accusation. The temptation is fight or flight; coupled with blaming the one who I perceive as the cause of my emotional angst.

To be clear: This is not to say that every Black person who claims offense and calls out the speaker is innocent or even accurate. But this blog is primarily to help us white folks embrace responsibility for our own side and keep the focus there. This is an invitation to recognize and set aside our super-sensitive racial egos (fragility) and to digest the fundamental experience of people who carry histories and current challenges I personally would never tolerate without STRIDENT protest, hurt feelings be damned.

I can’t make Howard Eagle change. He is who he is, and he is a very intelligent, knowledgeable teacher, and dedicated champion of a crucial cause. He’s been accused by many, including me, of ranting. He’s been told by me and others that his style gets in the way of dialogue, that it shuts people off, that it’s disrespectful and – the ultimate accusation in our culture – that it’s hurtful. And he is also seemingly determined to maintain his style, despite frequent evidence that it interferes with conveying his salient messages.

I also can’t change my white sisters and brothers. I can, however, change me. And I can influence others through what I’m learning.

What if ALL of us were to assume responsibility for our own emotional reactivity? Clearly, we’d like the Black person to do that! Why not apply the same principle to ourselves: to check the initial stirrings, listen to what is being said, put aside the manner of delivery, and learn? Can we check our impulse to discard a message just because a critique is written in LARGE, BOLD CAPS with lots of emphasis!!!!???? Is that so hurtful that I can’t continue?

There is a parallel here to the contentious relationships between conservatives and liberals: the stereotypes, the judgments, the reactivity, the polarization. This is a societal issue, a relational sickness that surfaces in families, workplaces, neighborhoods and the world. 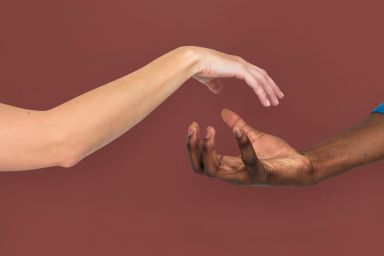 Welcome to this blog. Help make this a forum for bridging the chasm and surfacing the actions needed to dismantle a systemic, cultural, and spiritual divide that robs all of us. I encourage everyone to engage, to notice and manage your own reactions, be honest, clear, concise, to the point, keep it readable. And stay connected. Beyond that, find your action steps. This must be about more than talk.

26 thoughts on “The Challenge of Engagement”