Have you noticed the recent image-alteration occurring in white supremacist circles? One of our subscribers suggested a post focusing on this latest P.R./makeover campaign. I agreed, but this post will be more about you and me than about them.

In the wake of last year’s Charlottesville disaster, the public image of the white supremacist, neo-Nazi movement took a beating. The seemingly continuous major and social media replays of their demonstration depicted enraged, tough, weapon-packing, hate-spewing, hissing, spitting, cussing, quasi-militia swarms of men on a rampage. While there was some violence on the part of counter protesters, the enduring image was that of an angry swarm of white men. A viral social media “naming and shaming” campaign reinforced that image. We love to hate ‘em! 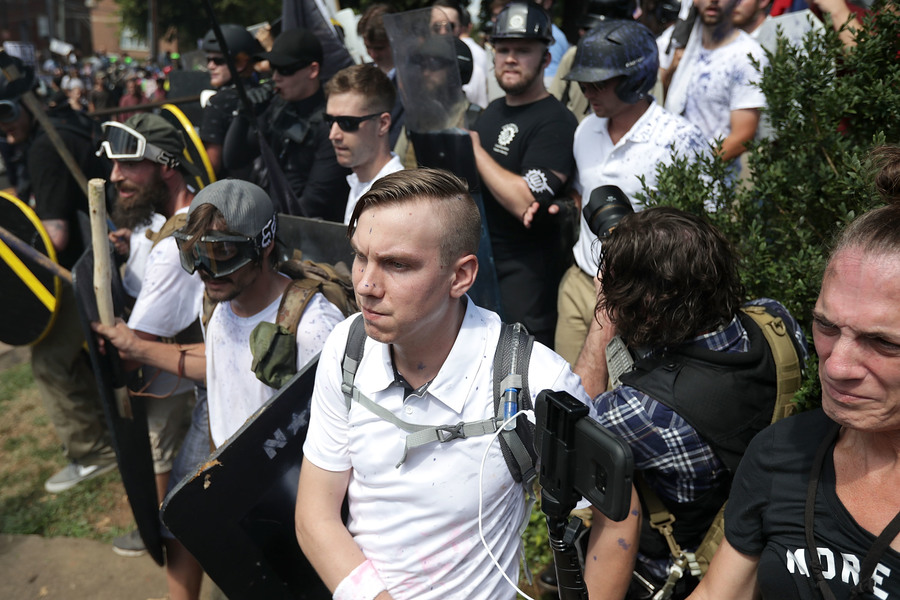 So some of the less hard-core white supremacists set out to burnish their tarnished appearance:

However, a Washington Post/ABC poll revealed that the vast majority of Americans – 83% – say that holding neo-Nazi views is unacceptable.

We do love to hate white supremacists!

I recall one kid in my grammar school class who was a natural-born hell-raiser. He had a knack for outrageous antics and trouble-making. His impulsive outbursts and stunts made the rest of us appear angelic. We (and our teachers) could excuse our own pranks and stunts because at least we weren’t as bad as _________. Radical white supremacists serve a similar purpose. As a recent “Time” article noted, “We need easily marked villains.”  (article below)

I’m also reminded of the biblical story of the Pharisee and the tax collector who went to the temple to pray (Luke 18:10): “The Pharisee stood by himself and prayed: ‘God, I thank you that I am not like the other people – robbers, evildoers, adulterers – or even like this tax collector. I fast twice a week and give a tenth of all I get.’’  In observing those despicable white supremacists, we can easily adopt the self-righteous, self-blinded arrogance of the Pharisee.

Aversive Racism: A form of contemporary racism that, in contrast to the traditional form, operates unconsciously in subtle and indirect ways. It has also been described as bias without intention. (article below)

Here are some of the common characteristics of aversive racists. Please consider whether these fit you:

Seems reasonable and egalatarian so far, right? Here are a few more characteristics. Again, consider whether these fit you: 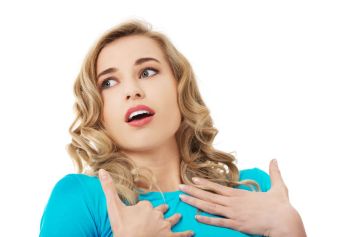 I consider myself an example of this phenomenon.  For example:

As the first article below concludes, “Despite its subtle expression, the consequences of aversive racism are as significant and pernicious as those of the traditional, overt form (e.g., the restriction of economic opportunity.)”

To my mind, the fundamental issue is one of GENUINENESS. Real relationships cannot be built on such contrived, disingenuous posturing.

While I may be tempted to jump on the Supremacist-bashing bandwagon when the topic arises, in my more sober moments, I see that as a cover, a diversionary tactic to stroke my ego and skirt the truth of the enormous “work” that still lies ahead, given the racialized condition of my mind.

This work is far more challenging and humbling than hating “them”! This doesn’t mean turning the bashing instinct inward – guilt is “white noise” .  The focus needs to be on becoming a healthier Pharisee – and moving to ACTION.  (See suggestions below)

How do you relate to this?
You can scroll to the bottom of the page to “Leave a Reply”

A description of Aversive Racism: http://encyclopedia.jrank.org/articles/pages/5976/Aversive-Racism.html

Pay close attention to upcoming elections – research candidates’ history and positions on key issues, particularly on race-related matters. For this and future elections, get involved as a volunteer in campaigns that align with your values.

“Defamation Experience” The “Defamation Experience” is a courtroom drama in which the audience plays the jury. The premise of the workshop is a civil suit: A South Side African American woman sues a Jewish North Shore real estate developer for defamation.  October 29 at MCC.  Details at Workforce Diversity Network

12 thoughts on “Why Do We Love To Hate White Supremacists?”